According to the recently released results from the Coalition for the Homeless’ annual point-in-time count for 2019, there were 3,938 individuals experiencing homelessness in the Greater Houston area. While this represents only a small decrease from the previous year’s count of 4,143, this year’s result also represents an incredible 54% reduction in overall homelessness since 2011. We also were pleased to see the numbers back on a downward trend after the 2018 count showed the first increase in seven years, due in large part to the impact of Hurricane Harvey. This tremendous progress is due to the cumulative efforts of SEARCH and our numerous partners in The Way Home, a community-wide collaborative effort to end homelessness in Houston. In addition:

SEARCH is proud to have been a major contributor to these successes. 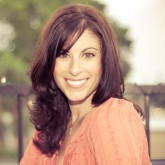